FStormScatter generates several clones of objects only during rendering process and avoids a scene overload. FStormScatter uses GPU power and has about 20 times higher performance than any CPU scatter. 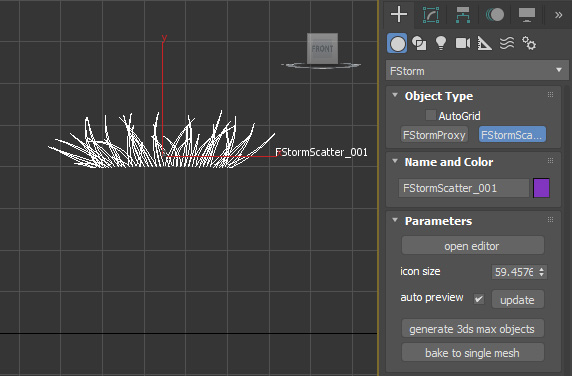 FStormScatter is nodes based system and is configured in a node editor.

In order to generate instances there are 3 main nodes:
Surface, Scatter and Output nodes which have to be connected properly.

Generated instances can be modified with modifiers nodes. It includes instances rotation, scaling, offset, changing materials, colors and other modifications.

Several scatter/modifiers nodes can be connected together to another modifier or output node to merge generated instances and apply further modifications for all involved instances together.