Network rendering allows serveral computers rendering the same image all together.
Involved computers have to be connected in one LAN. LAN speed is important. 1000 Mbps speed or higher is recommended.
Master computer requires 3ds max with FStormRender plugin installed.

FStorm setup zip file contains RenderSlave folder, which has to copied to slave computers.
FStormRenderSlave_###.exe has to be launched from the folder. 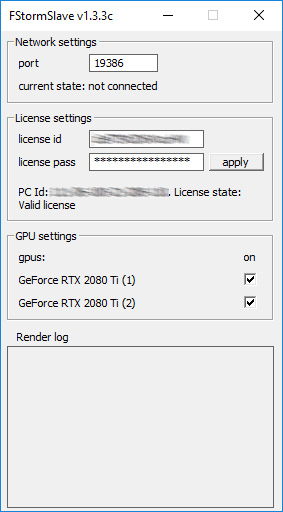 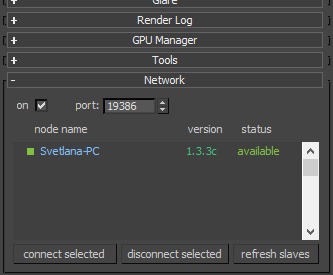 Master port number should be the same as slaves and be opened the same way as in slave side.
Slave status available means it can be selected and connected to master. Connected slaves will automatically be engaged in rendering process.
Status occupied means some other master is using the slave.
Status incorrect means slave and master fstorm versions are not the same.